He could only speak two words – then it all changed 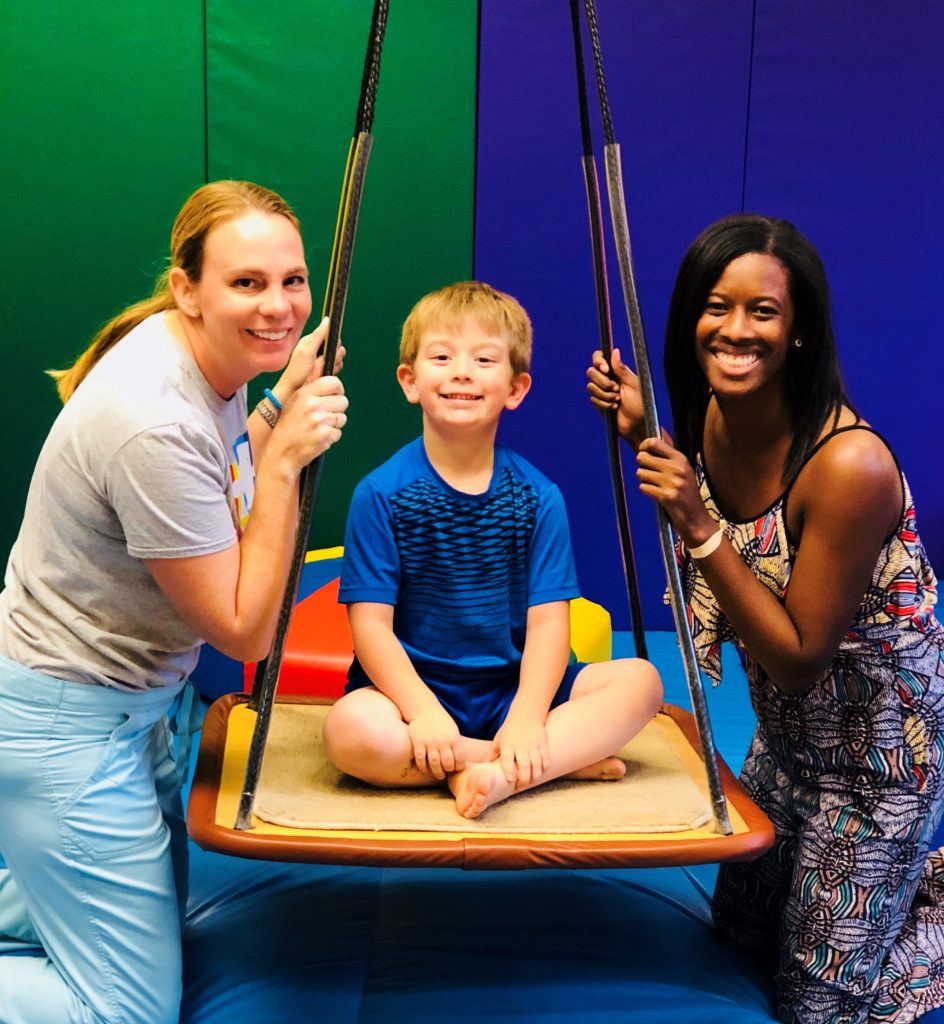 Take a moment to recall the exhilarating feeling of swinging high through the air on a swing-set. For many children, few activities compare to the rush, freedom, and joy that comes with playing on a swing. For some children, however, the idea of playing on a swing, scooter, or other new and unfamiliar activity can fill them with anxiety and fear. For this reason, early childhood intervention (ECI) and ongoing Clinical Therapy Services can be a godsend to children like Hayden Cates.

During his initial assessment, Hayden was notably hesitant about participating in activities, crying and becoming unusually upset if someone unfamiliar was in the room. Similarly, he disliked coloring and completing unfamiliar tasks. After observing these fears, The Warren Center requested that an occupational therapist attend all of Hayden’s therapy sessions. Following his first interactions with his new occupational therapist, Hayden soon became excited each time he saw her car in the parking lot. The friendship between him and his occupational therapist blossomed. Although Hayden initially preferred adult-directed tasks, he gradually transitioned into a social group where he interacts with peers his own age.

With time and dedication, Hayden mastered activities like grasping, cutting, and tracing. He has grown to enjoy meeting new people and completing his “schoolwork.” He initially spoke only two words, but Hayden amassed a vocabulary of over 50 words by the time he was three. As a five-year-old, Hayden now uses 4 to 6 word sentences to express his thoughts, desires, and needs. Previously only his immediate family understood his words, now people understand him 75-percent of the time.

Thanks to the Warren Center, Hayden no longer feels that speaking, interacting with peers, or even climbing through the jungle gym are daunting tasks. This program offers help and hope to alleviate his fears so that when kindergarten, he has all the right tools to start his next big adventure.