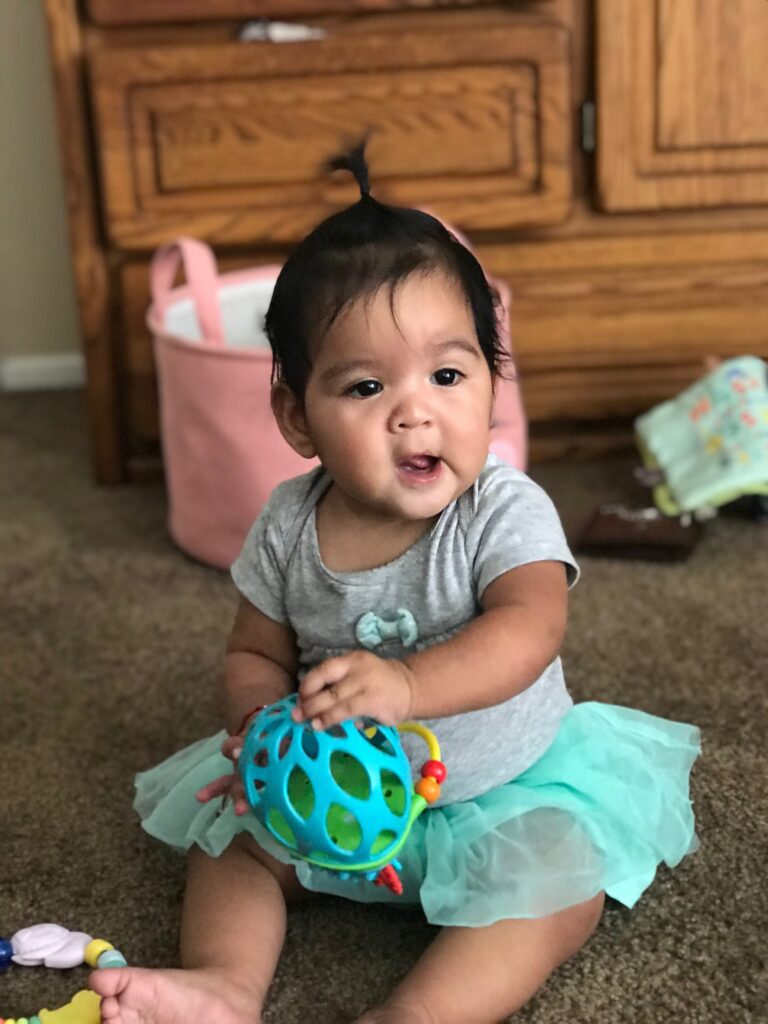 2020 certainly didn’t turn out like we thought it would, did it? Not for you. And certainly not for the more than 2,500 children and families served by The Warren Center this year. It has been a tumultuous year of challenges and many months of learning to persevere.

For Deena, a teenage mother who found herself suddenly homeless, the recent societal upheaval has hit especially close to home. In addition to protecting herself, Deena also has to look after her beautiful baby daughter, Ainsley. Born prematurely at 26 weeks, baby Ainsley needed a comprehensive program to help provide her with the best start in life. This is the remarkable story of how a teen mom and her newborn baby overcame insurmountable odds.

To understand Ainsley’s story, it is important to start from the beginning. Her mother, Deena, grew up as the oldest sibling in a working-class family of two parents and three children. Tragedy struck the family when Deena was only nine years old. Her father died in an accident. That loss sent Deena into a tailspin of anxiety from which she never truly recovered. Moreover, Deena quickly assumed the role of surrogate parent for her younger siblings since her mother had to go to work full-time to provide for the family.

Starved of any typical high school experiences, Deena met and began a relationship with 22-year-old Henry. Deena became pregnant while still in high school. Pressure mounted when baby Ainsley arrived so very early, weighing only 2 pounds, 1 ounce. After 96 long days in the NICU, Ainsley was able to leave the hospital in January 2020. The medical staff provided Deena and Ainsley with an immediate referral for an evaluation with The Warren Center’s Early Childhood Intervention program (ECI). Soon thereafter, Ainsley began physical, speech, and occupational therapies with us.

For young and inexperienced parents, adjusting to the demands of caring for a premature infant was far from easy. As a mother, Deena admitted being afraid of picking up Ainsley for fear of inadvertently hurting her tiny child.

In addition, Deena experienced extreme guilt over not being able to carry her child to term. Henry moved in with Deena’s family to help with baby Ainsley, but soon left because he could not get along with Deena’s mother.

This conflict exacerbated an already strained relationship between Deena and her mother and Deena soon found herself out on the streets with baby Ainsley.

Stranded with nowhere to go during the COVID-19 pandemic, Deena contacted Henry and the three of them were able to secure a place on the floor of his brother’s cramped studio apartment. The stress and upheaval resulted in noticeable depression and missed appointments with The Warren Center. Missing appointments was not like Deena. Her ECI occupational therapist became concerned and requested a social worker from The Warren Center visit with Deena to devise a plan to help baby Ainsley and her family start anew.

The combination of ECI services and the social worker’s plan has played a critical role in putting the lives of Ainsley and her family back on track. When Ainsley first started physical therapy, she had flattening on both sides of her head due to time spent positioned in the NICU. Through therapy, Ainsley’s head has filled out and she is able to hold her head up to look at Mom and other things around her. Each week she gets stronger. Ainsley is now starting to eat solid foods and learning to sit on her own.

When COVID-19 forced us to close our physical offices in March, we worked quickly to set the family up with teletherapy. The family connects by either phone or computer and Deena is elated each time Ainsley reaches another developmental milestone.

Deena, with guidance from the staff at The Warren Center, has worked very hard to create a nurturing environment for baby Ainsley. Her social worker encouraged Deena to express her internalized grief and anxiety without fear of judgment. Deena learned new coping skills like cognitive behavioral therapy, journaling, arts and crafts, and meditation. Deena is learning to overcome her embarrassment and guilt about her depression and has been encouraged to seek medical attention when necessary. Deena also learned about the stages of child development and what milestones Ainsley should be achieving, how to create a practical budget, and how to establish healthy boundaries with family members.

Deena has reconciled with her mother. She has finished high school, set up a small business selling sweet treats and plans to attend North Lake College to fulfill her dream of being a nurse.

*The names in this testimonial have been changed to protect the privacy of this family. 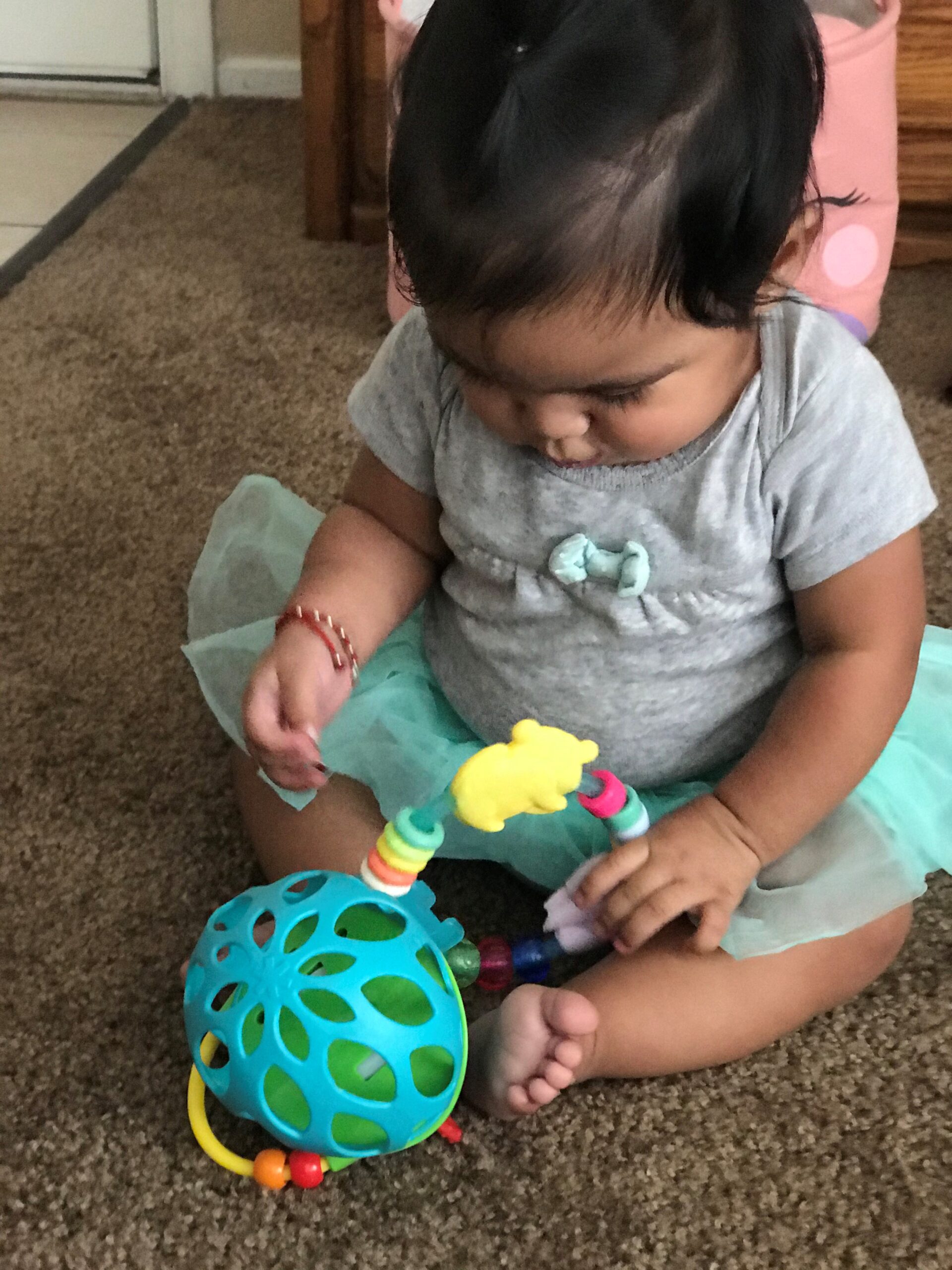 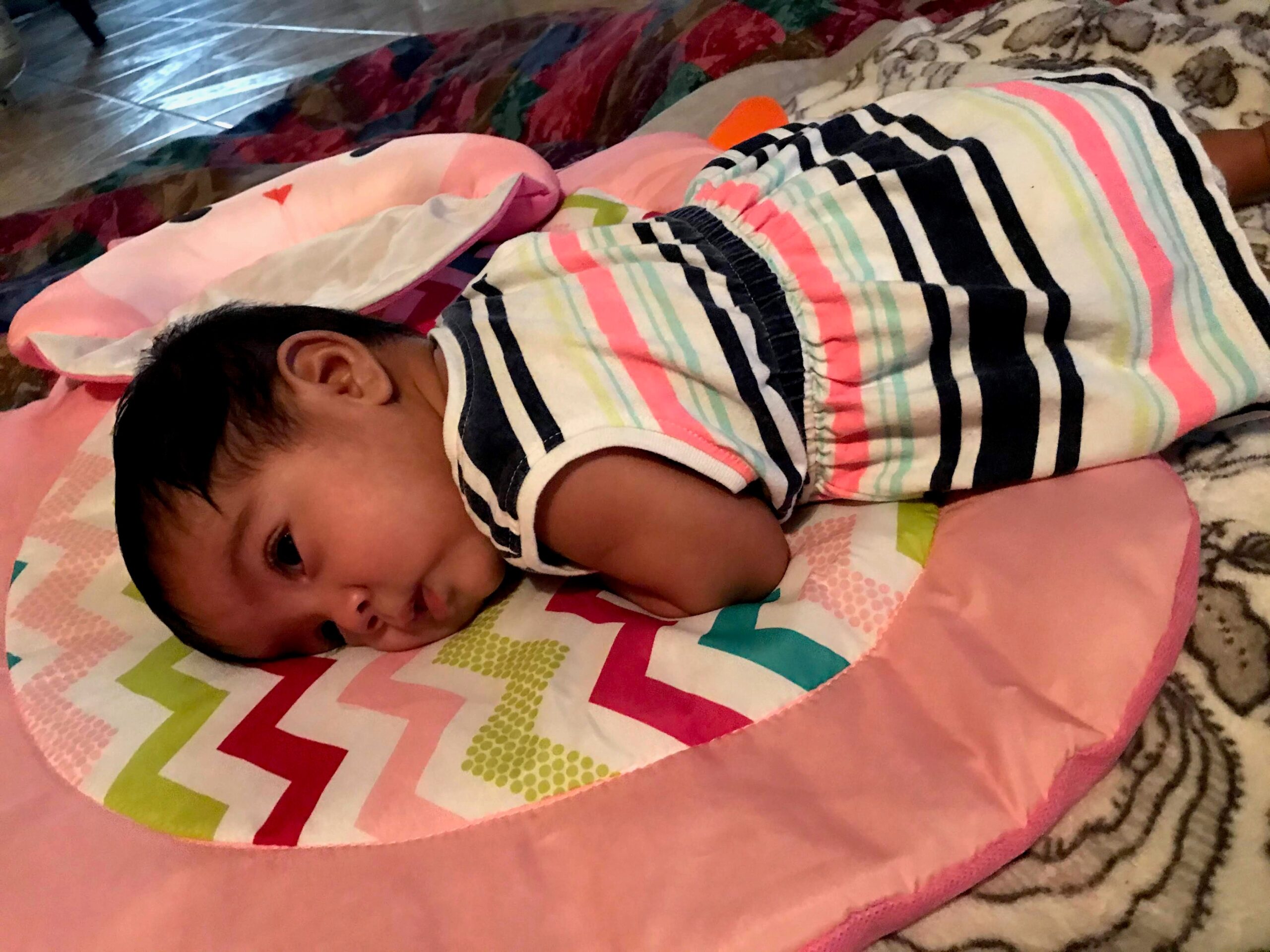