2-year-old with Down syndrome learns to say his name

You are here: Home » 2-year-old with Down syndrome learns to say his name 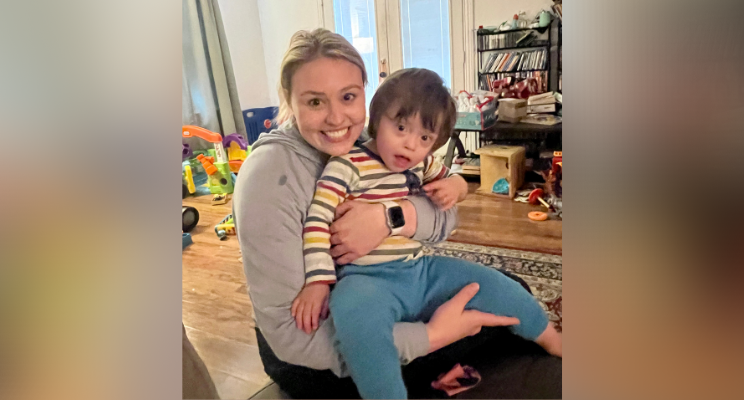 A 2-year-old boy who has Down syndrome is learning something that will make his parents grin from ear to ear — how to say his name.

Andrew currently receives occupational therapy, physical therapy, and speech therapy services from The Warren Center through the early childhood intervention program. His therapists say Andrew has made a ton of progress in all areas of development.

During Andrew’s speech therapy, he has started to show understanding of simple commands and gestures. He will also bring his mom items when prompted and is copying gestures and sounds. He will blow kisses and stick his tongue out, too. When he needs help or wants to request to play with something, he will bring his mom objects instead of yelling, according to his speech therapist. 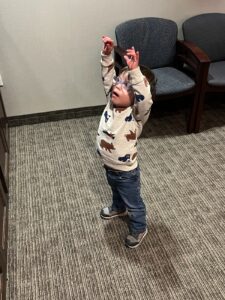 Andrew is gesturing “up.”

Andrew recently started to learn how to say his name, which is a major accomplishment he reached through his speech therapy. In addition to his name, the toddler says “baby,” “bubbles” (which is his favorite activity), and “mama.” Watch him say “bubbles” in the video player below.

His occupational therapist says he’s playing with more toys, is putting puzzle pieces together, is stacking, and is pointing to pictures in books.

Andrew is working with his physical therapist on jumping and walking outside more independently.

“He is a super sweet boy with a personality of his own,” Andrew’s physical therapist, Apeksha, said.

To help children just like Andrew as they receive services through The Warren Center, click here to donate.