What is Cerebral Palsy 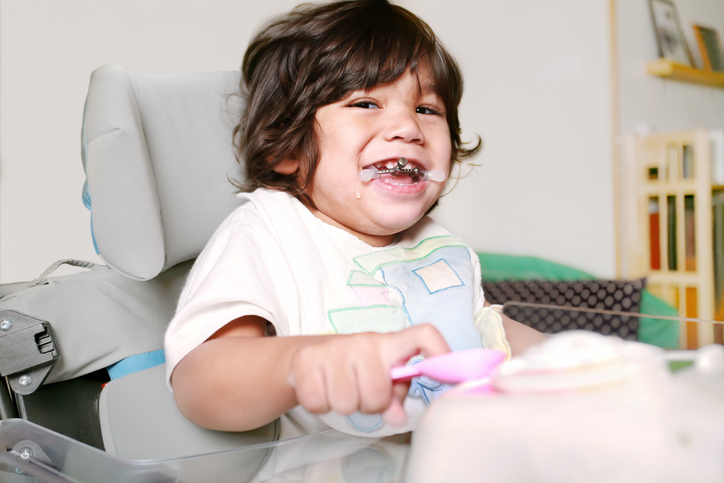 WHAT IS CEREBRAL PALSY?

Cerebral palsy (CP) is a broad term that describes a group of brain disorders that affect a child’s movement, muscle tone, and motor skills. Starting in early childhood, these disorders can also severely affect coordination, swallowing, speaking, reasoning, and response to sensation. It affects all aspects of development and is one of the leading disabilities in children. Although cerebral palsy is a chronic condition, it is not a “disease.” Rather, it is a neurological disorder that impacts the brain’s ability to control voluntary muscle movement.

How Common is Cerebral Palsy?

What Causes Cerebral Palsy?
Cerebral palsy is the result of damage to the brain during fetal development or birth. Many cases of cerebral palsy receive a diagnosis shortly after birth, but some diagnoses occur later when an infant demonstrates problems with coordination and movement.
Common Risk Factors for Cerebral Palsy Include the Following:

What are the Different Types of Cerebral Palsy?

The main types of cerebral palsy include the following:

What are the Symptoms of Cerebral Palsy?
Because there are different types of cerebral palsy, symptoms can vary widely. However, general symptoms to look for pre-diagnosis include the following:

Signs in Toddlers and Preschool Children

How is Cerebral Palsy Diagnosed and Treated?

Doctors primarily evaluate the signs of cerebral palsy that can occur from birth through age 5. For this reason, it is important to contact a physician immediately if you notice the telltale signs of cerebral palsy. Doctors look for developmental delays (such as not reaching for objects by 4 months or sitting up by 7 months), problems with gross motor skills (crawling, walking, or moving arms), problems with coordination, muscle tone too tight (hypertonia) or too loose (hypotonia), and problems with reflexes (e.g. “fisted” hands that do not relax on their own).

After a cerebral palsy diagnosis, most doctors recommend that a child enroll in an early childhood intervention (ECI) program for help with activities such as feeding. Children typically receive occupational therapy for help with gross motor development and physical therapy to assistance with balance, coordination, and reflexes. Other types of rehabilitation may include speech therapy along with advice from nutritionists and social workers. Since there is no “cure” to cerebral palsy, the main focus of intervention and therapy is to help children achieve as many developmental milestones as physically possible. This can go a long way in helping children with CP live happier lives with their families and within the community. Contact The Warren Center for more information on early childhood intervention and services for children with cerebral palsy.