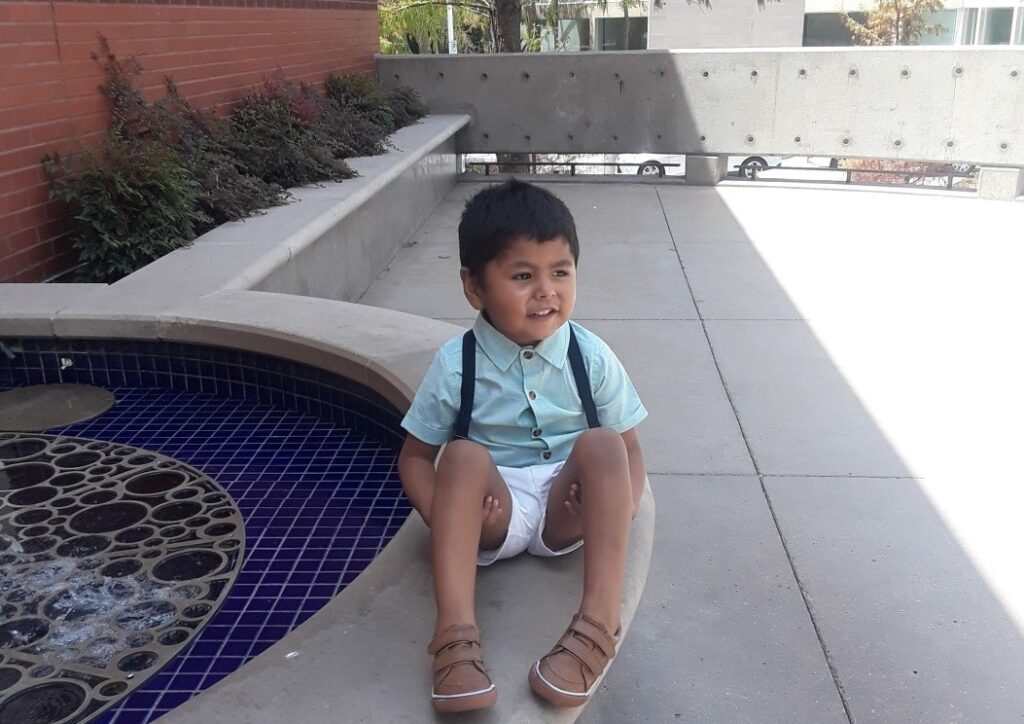 Hide-and-seek is a much loved childhood game. Most children love being “it” and express surprise and joy at the idea of being “caught” by their friends. For children like Matthew, however, hiding under the table was not a game. It was actually a way of expressing frustration with the inability to communicate to due Autism Spectrum Disorder.
When Matthew first arrived at The Warren Center, he was non-verbal and was unable to speak even single words to communicate with others in his environment. Moreover, he was shy and unable to initiate social interactions with others. After frustrating attempts to communicate, he would often become upset and hide. With the right intervention, however, Matthew is now able to use words to express his desires, needs, and ideas, as well as greet others and initiate conversations with those in his community.
Matthew’s mother describes his speech, new engagement with others, and increased sociability as his biggest accomplishments. She says, “He started with five words, and now his words are countless and he’s saying five-word sentences.” Thanks to your generous support, children like Matthew now know that they have nothing to hide.