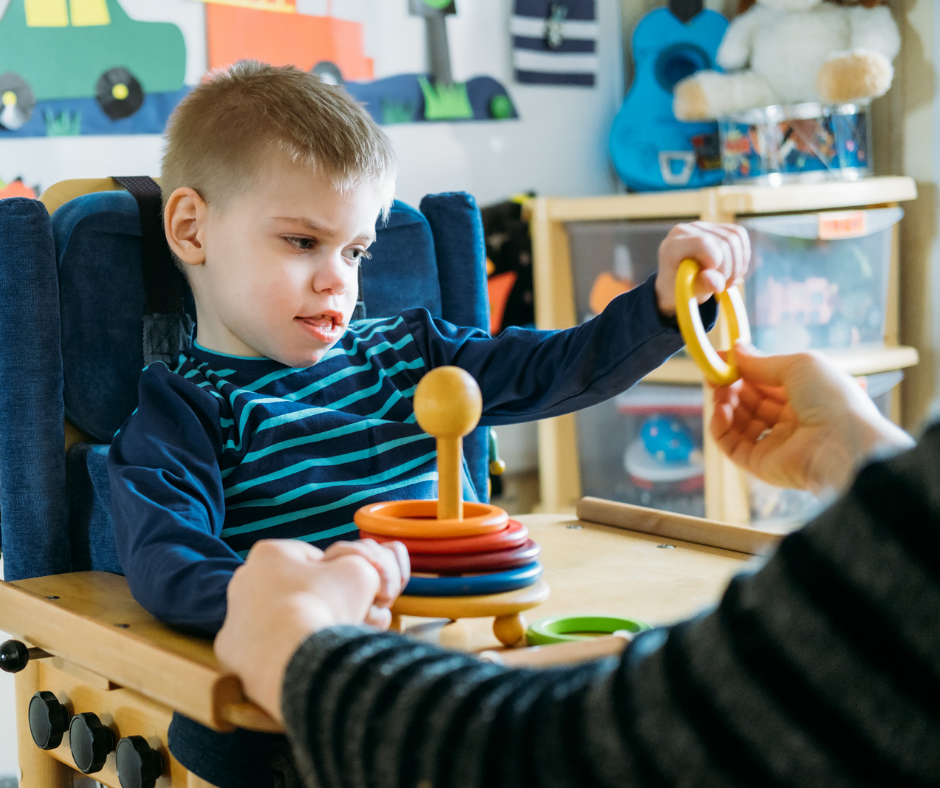 Approximately half of the children diagnosed with cerebral palsy also have epilepsy. Cerebral palsy and epilepsy are neurological disorders that commonly coexist with each other.

Epilepsy is a brain disorder in which clusters of nerve cells (called neurons) become disrupted or send the wrong signals. This disruption causes abnormal brain activity, resulting in muscle spasms, convulsions, unusual sensations, or loss of awareness or consciousness. Chronic epilepsy is characterized by two or more unprovoked seizures.

Although an epilepsy diagnosis can be upsetting, it is not uncommon. Anyone can develop epilepsy. This neurological condition affects both males and females of all races, ethnic groups, and ages. It is the fourth most common neurological disorder in the world, with 1 out of every 100,000 people developing epilepsy each year.

With all treatment plans, medical professionals typically suggest therapy or intervention services to help with affected developmental areas. Examples include the effects epilepsy can have on areas like motor control, speech and language development, and other developmental areas. For more information, contact us.

What are Symptoms of Epilepsy?

The primary symptom of epilepsy is the occurrence of two or more unprovoked seizures. One can identify the possibility of a seizure by noting any of the following:

Pediatricians and neurologists typically treat epilepsy with medication. The type of epilepsy medication depends on the classification and severity of seizures that have occurred. In nearly all cases, physicians prescribe the first drugs at a low dosage to gauge effectiveness and manage possible side effects. Unfortunately, many epilepsy medications have significant side effects, including weight gain, fatigue, dizziness, bone-density loss, nausea, and skin rash. The good news is that nearly half of cases that find the right dosage level find success with this treatment method. Some children even become seizure-free, while others must continue to take the medication to manage the condition.

Sometimes physicians recommend a treatment called vagus nerve stimulation. In this treatment, doctors implant stimulator in the patient’s chest that sends low levels of electrical energy to the vagus nerve. For many patients, this treatment plan may reduce seizure activity between 20% and 40%.

Another treatment method is a closely monitored ketogenic diet. This strict diet requires children to significantly lower carbohydrate intake so that the body can burn fat for energy. Although often effective, it is imperative to work with a physician and dietician who can monitor for ketones and look out for side effects. Without professional guidance, this diet poses the significant risk of dehydration, nutritional deficiency, uric-acid buildup, constipation, and kidney stones. However, medical supervision greatly lowers the prevalence of these side effects, and around 15% of children who go on the ketogenic diet reduce the occurrence of seizures after a year.

In extreme cases, a physician might suggest surgery. This is typically a last-resort option when other alternatives have fails. The surgery only occurs if doctors can confirm that the seizures originate in a small, well-defined portion of your brain and that an operation will not interfere with vital functions like speech, hearing, or motor function. In this operation, the surgeon removes the area of the brain that causes the seizures.

With all treatment plans, medical professionals typically suggest therapy or intervention services to help with affected developmental areas. Examples include the effects epilepsy can have on areas like motor control, speech and language development, and other developmental areas. For more information, contact us.