You are here: Home » Devin’s Story 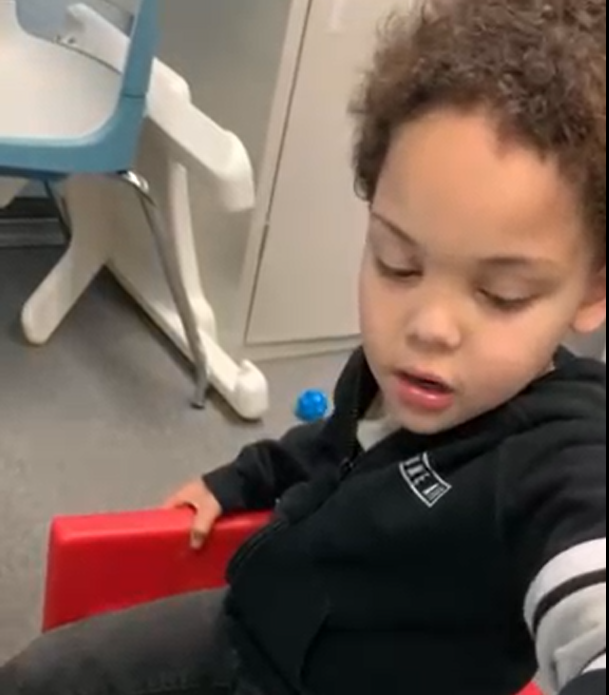 Devin the Fighter: From Challenges to Champion

In this lifetime, people often encounter circumstances that are completely outside of their control. It is especially heart-wrenching when the person undergoing the difficult situation is an infant or young child. Fortunately, organizations like The Warren Center combine expertise with attentive care to provide children with a fighting chance to succeed in the world.

One such example of a child who benefited from the expertise of The Warren Center is Devin D. Bradford. Born three months premature due to natal membrane rupture, Devin spent the first two months of his life in the neonatal intensive care unit (NICU). Weighing only three pounds at birth, Devin also suffered from conditions such as heart murmurs, fluid-filled lungs, and acid-reflux disease. Health-care professionals determined that Devin needed both a ventilator and feeding tube for survival. In addition, doctors prescribed a strict regimen of blood thinners, diuretics, and other medications for Devin’s survival. Following two months, Devin made it out of the NICU and began to progress physically, eventually walking by 10 months old.

While things began to look up for Devin physically, his parents noticed other behaviors within their son. These included repetitive behaviors such as spinning or lining objects up convulsively. And although Devin could say “Mama” and “Dada” by age 1, his parents noticed that he was not as verbal as other children by the time he reached 2 years old. At this point, Devin’s mother spoke to their general pediatrician, and he referred the family to a developmental doctor. The developmental doctor quickly determined that Devin was not progressing as he should, and this physician referred the family to the experts at The Warren Center.

The Warren Center professionals went immediately into action. They evaluated and approved Devin for speech therapy, and he has now been enrolled for over a year. The Warren Center also evaluated Devin for occupational therapy, and he has been enrolled for seven months. In this short span of time, Devin has shown remarkable improvement. For example, thanks to the speech-language pathologists at The Warren Center, Devin’s vocabulary has expanded to over 50 words. He can also use two-word phrases and feel happier and more confident communicating. In addition, The Warren Center also provided Devin with an Accent 1000 trial device with a LAMP app for assistive communication. This device helps bridge the gap in communication so that Devin can communicate with his parents and peers without feeling frustrated, upset, or afraid.

The comprehensive programs at The Warren Center have been invaluable in giving Devin the fighting chance to grow and thrive. According to Devin’s mother, “He understands so much now thanks to the wonderful help from his therapists, Rebecca and Anna…He loves playing with others unlike before when he was shy. I’m so very happy and proud of how much Devin has learned.” Because of supporters like you, we can continue to help children who face challenges obtain the tools to become champions in life.

Here are short snippets of Devin’s communication progress at work: