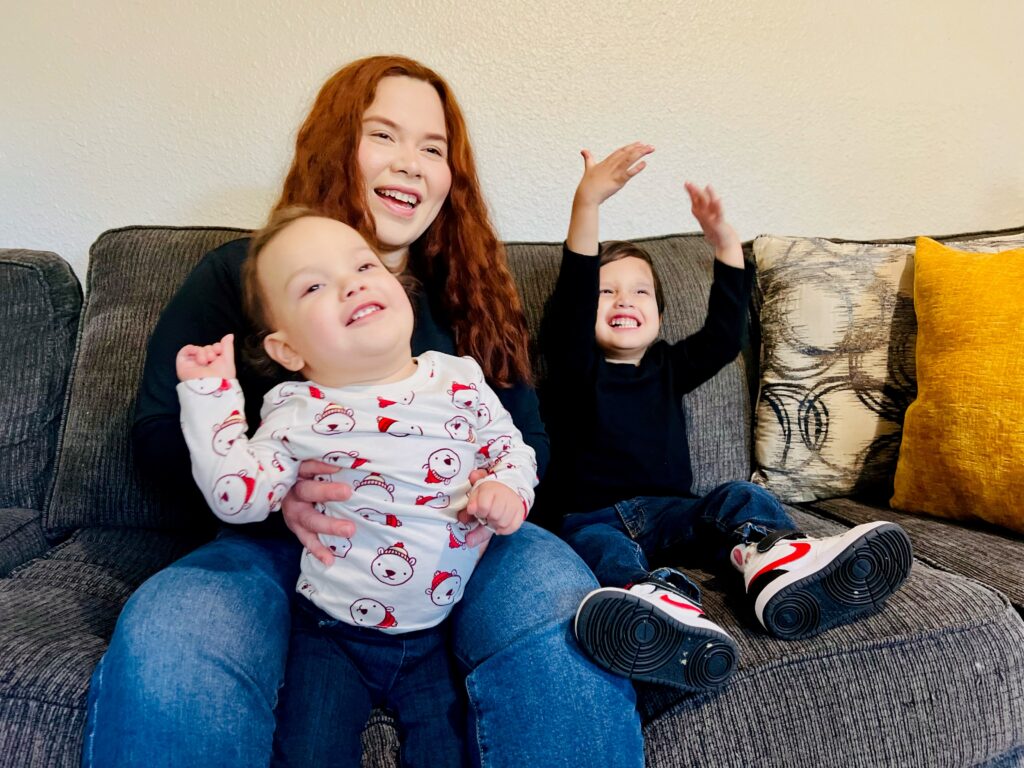 Adam, a child who has a feisty personality, was born with a rare genetic disorder, and the love his family surrounds him with has played an important part in his recent successes.

Adam is almost 2 years old and has been enrolled in The Warren Center’s early childhood intervention program since he was 8 months old. He was born with Joubert’s syndrome, which is a genetic disorder that affects the area of the brain that controls balance and coordination. He also has congenital heart defects as a result of the syndrome. Because of this, Adam had open heart surgery at around 1 year old. 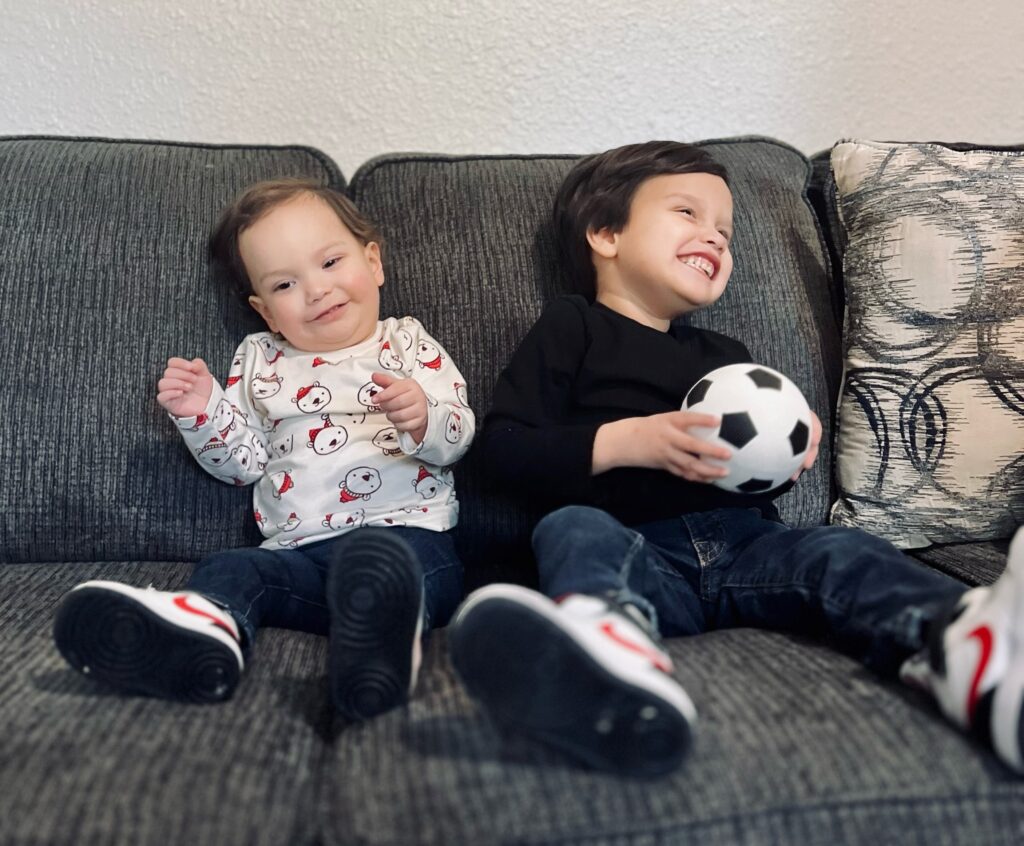 Throughout his time of working with therapists at The Warren Center, Adam has received physical therapy and specialized skills training. His therapist said he has such a feisty and strong personality that it took awhile for them to win him over, but sessions are now mostly filled with smiles and eagerness to play and move.

Adam’s therapist began working with Adam on rolling and engaging with toys at 8 months. She said Adam has been able to progress to sitting and standing skills. Adam loves balloons, bubbles, and playing with his busy beads toy.

He is currently awaiting another heart procedure where he will travel to California to see a specialist for the surgery.

Throughout all of their medical difficulties, his ECI team, including a translator, has been there to help Adam’s parents navigate transitioning into a school district, accessing resources, and getting each child set up with ideal equipment to help support them to thrive. The ECI team works alongside mom, dad, and even their grandmother to teach them strategies to continue to help strengthen Adam’s muscles in ways they can build into their daily routines, empowering them as parents to see the impact and integral role they play in Adam’s successes.

“As a therapist, this family has become near and dear in my heart and the love, time, and energy they pour into making sure their children have all they need is inspiring. It has been such a joy to see how both Cesar (who I worked with as well) and Adam have made such great progress and are thriving in part as a result of the therapy they are receiving, but mostly due to the love their family has for them and the joy the exude in taking care of their boys,” Adam’s physical therapist, Abby, said.